5 Things You Need to Know before Getting an Infinity Pool 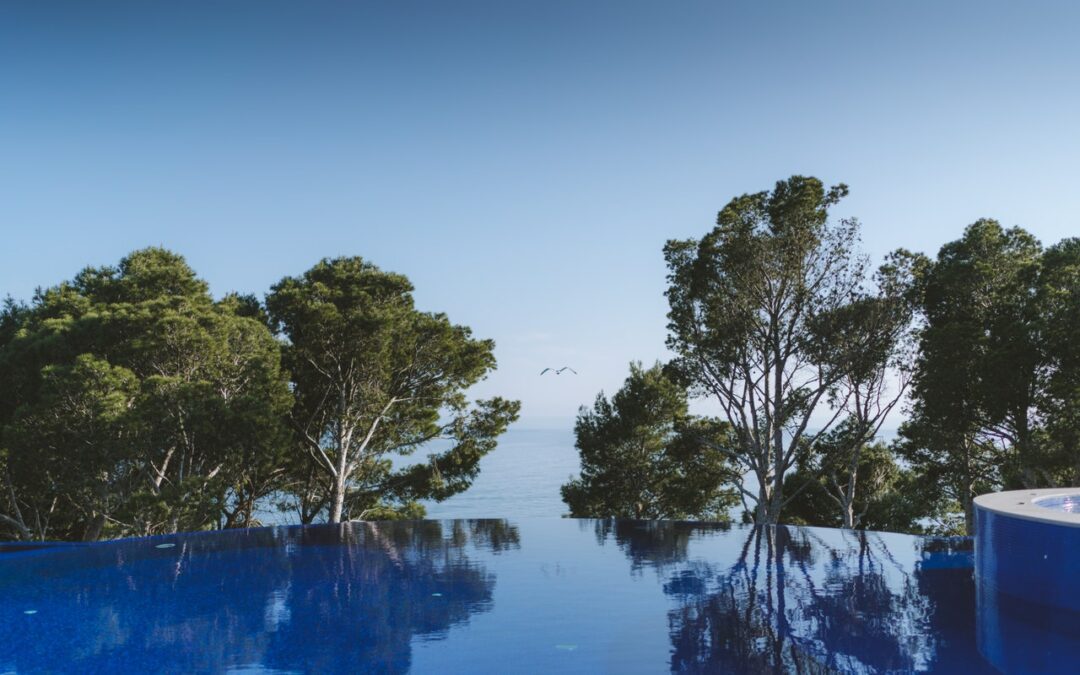 Is one tiny element missing from your home’s landscaping? Maybe you’ve added a forest’s worth of plants, and it’s just too… green? Maybe you added a few french drains, but it lacks that certain oomph. It may just need that unique design choice that no one has ever thought of.

Ever thought of an infinity pool? It’s just like your regular swimming pool, but with a vanishing edge that transitions seamlessly into the horizon.

How does it do that, you may ask. How does it blend with the sky and land? All of those questions will be answered when we look at five things you need to know before getting an infinity pool.

It Has An Equally Cool Alternate Name

Infinity pools are also called zero-edge pools because they’re designed to play a visual trick. There are no distinct edges on the surface, making it blend with the sky and other features.

It Was Invented Here in the U.S. of A.

The 19th century saw the creation of fountains that spilled water over its edges into basins as a prototype of infinity pools. It wouldn’t be until the 20th century when modern architect John Lautner built swimming pools with a vanishing edge in southern California.

One of his earlier designs was commissioned by industrialist Kenneth Reiner at his Silvertop home. The LA Conservancy described it as a “cantilevered pool that looks like it flows directly to the Silver Lake Reservoir below.” Certainly, this pool needed no french drains to ensure water efficiency.

Nowadays, this is called a “Lautner knife-edge design,” where water flows to the pool’s edge and into a slot where it is sent back to the top. It adds a certain mystique as it invites curiosity to those who have yet to discover how infinity pools are made.

Speaking of, how do infinity pools work? Picture a waterfall where thousands of gallons of water pass through it each day. Of course, in this natural landscape, the water goes through a one-way path.

Infinity pools are similar in that they gush out water from a particular source. The only difference is that they have a closed loop where the water is reused again at the top!

This is achieved at the pool’s edge, where the water is sent back up from the catch basin via a pump to create a continuous flow of water. As mentioned earlier, there’s no need for french drains with this kind of pool. Every drop of water is reused efficiently!

It Still Has An Edge

The “edge” of an infinity pool is where the water from the surface passes through to the catch basin before it is pumped back up again in a continuous cycle. Unlike conventional swimming pools with clear walkways and borders, the “edges” of an infinity pool are designed to be level with the water’s surface to create the illusion of a disappearing edge.

Despite the lack of a visible “edge,” infinity pools are not danger-prone! Since its structure is designed to be at the same level as the water it carries, swimmers can still feel the “edges” every time they swim to a corner. Just be sure to hold yourself securely on the edges if you’re taking photos to avoid slipping into the catch basin below.

Final Thoughts: To Infinity and Beyond

Perhaps that missing element in your landscape was one that your plants needed: water! The modern sensibilities of an infinity pool could add that sense of mystery and wonder for your family and guests to enjoy.

If you need more information on installing an infinity pool in our home, get in touch with us today! We’re one of the few aquascape services in Birmingham, Alabama that can determine the right location for your brand new zero-edge pool!